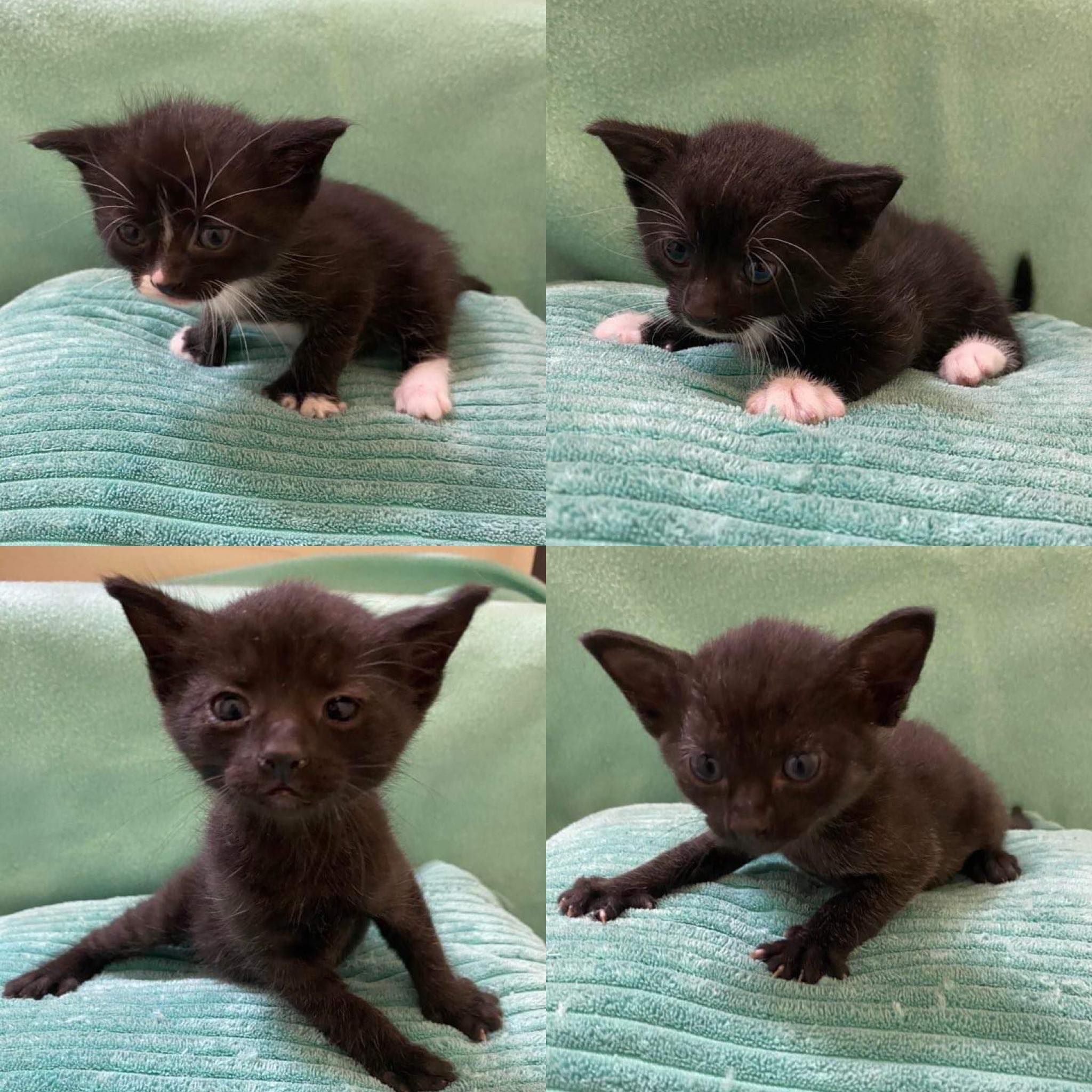 During weeks three and four, kittens will grow a lot! They no longer need their mother, or foster parent, to stimulate them to urinate or defecate; they can do it on their own. Now is the time to start offering a litter box! A cookie sheet can be used if they aren’t able to get into the taller boxes. You should use non-clumping cat litter as kittens may be curious and try to eat the cat litter! They eat milk less frequently, but eat much larger meals. They aren’t quite ready to eat solids, but they will be soon! Their eyes are still blue, but their ears are fully extended by the fourth week and kittens will begin to play with each other, their mom, and even toys! Kittens this age are able to run around and hold themselves up much better than they could a week ago. Between week three and week four, a normal kitten will reach the 1lb mark.

Read more about the progression of kitten’s growth here: